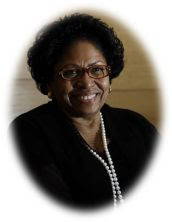 Today, December 4, 2022 marks the 5th Anniversary of the presidency of Dr. Ruth J. Stubblefield Simmons as the 8thPresident of Prairie View A&M University. On December 4, 2017, Simmons assumed the presidency of Texas’ second oldest public institution becoming the first woman to lead the university in its 140-year history. She was named interim president of the university on June 19, assumed the position on July 1 and became the lone candidate for the position on October 20, 2017.

To paraphrase Grammy Award Singer/Songwriter Lionel Richie, “She’s once, twice, three times a president and is considered among the tops in academic leadership. Simmons first served as 9th President of Smith College, a private liberal arts women's college in Northampton, Massachusetts from 1995-2001. Among her many achievements was the establishment of the ABET-accredited engineering program, the first for the 7-sister college. Next, the Houston native became the 8th president of Brown University in Providence Rhode, Island and the first African American to lead an Ivy League institution. From 2001-2012, this gifted academic leader made tremendous contributions to Brown’s institutional diversity, collaborative research and learning initiatives, faculty support and minority faculty recruitment, undergraduate scholarships.

Prior to the appointment, Simmons had turned down offers to lead other institutions of higher education, but Prairie View A&M University appealed to her because of its history, significance, and mission. Additionally her brother Clarence who was a member of the Prairie View’s Championship Basketball team in the 50’s encouraged her to accept the position.

President Simmons states that her plans for Prairie View A&M University is to focus on time-honored strategies to success that apply to universities everywhere: being concerned about the faculty who are recruited here, the campus experience, and whether we are providing the leadership and internship opportunities that students need. He tenure has resulted in an enhanced reputation of the university. She further states, “Prairie View A&M is nowhere near what it could ultimately achieve as an institution of the first class. Our students deserve more, and we must provide it for them. As we undergo our strategic planning, it is evident to me that a new leader must assume responsibility for advancing the University to a new level of excellence in student outcomes, faculty achievement and research output.”

Since 2017, Dr. Simmons has made a significant impact on the university with increased outreach to the alumni, philanthropic organizations, business and governmetal agecies. She has tremendously increased the external funding including $50 million grant from writer and philanthropist MacKenzie Scott to be used at the discretion of the President to support the needs of the University. President Simmons commented, “This is a historic gift for Prairie View, coming at a time when the University had already decided and begun to invest heavily in key areas to strengthen its academic programs and improve student success. The timing of this gift could, therefore, not be better.”

Simmons and the administrators chose to designate $10 million of the total to create the Panther Success Grant Program, an effort to assist juniors and seniors with unpaid balances created by the financial challenges posed by Covid-19. Additionally, the university received a $1 Million from Charles Butt, chairman of supermarket chain H-E-B. The funds will also be used for program changes and visibility of the university throughout the country. She has also enhanced the faculty with a faculty development program and the naming of endowed chairs to include Dr. Melanye Price as an endowed professor in Political Science and involving the alumni at the presidential level with the appointment of Dr. W. Gabriel Selassie I, as the first participant in the PVAMU Visiting Alumni Program. One of her stated goals, is to improve the representation of African Americans in STEM fields. In the wake of the George Floyd’s tragedy, Simmons formed the Center for Racial Justice at the university and has been featured in several news mediums discussing the issue at length. Most significant is the R2 Carnegie ranking in research, a position held by a handful of HBCUs. Simmons has her eyes on R3 and with her fortitudinous commitment to PVAMU, only time will tell it is achieved.

Simmons’ rise to the Brown presidency has been an extraordinary accomplishment. The 12th child born to sharecroppers in the small East Texas town of Grapeland, Simmons moved with her family to Houston when she was of school age. There her father found employment as a factory worker and her mother worked as a maid; Simmons entered public school. She has written thoughtfully about those years in an autobiographical essay, “My Mother’s Daughter: Lessons I Learned in Civility and Authenticity,” published in the Texas Journal of Ideas, History and Culture (fall/winter 1998). She recently wrote an op-ed article for the Washington Post on "I learned early how to survive racism. Now we all need to learn how to fight it."

In 1983 she returned to the East Coast, settling at Princeton University, where she directed Afro-American Studies and rose to become associate dean of the faculty. After two years as provost at Spelman College in Atlanta, Simmons returned to Princeton as vice provost, a position she held until her move to Smith in 1995.

Simmons has worked tirelessly toward opening higher education – particularly elite private institutions – to disadvantaged minorities, a mission she has described as “a matter of national salvation.” At Smith, she established the nation’s first engineering program at a women’s college and started Meridians, a journal focusing on the concerns of minority women. Her achievements in higher education have brought her dozens of honors and awards including Danforth and Fulbright fellowships and nine honorary doctorates.

Simmons is a member of the National Academy of Arts and Sciences, the American Philosophical Society, and the Council on Foreign Relations, and serves on the boards of Texas Instruments, Chrysler, Mondelez, and Square, as well as a number of non-profit boards to include appointment to the Board of Directors of Dallas Federal Reserve - Houston Branch, the Smithsonian National Museum of African American History and Culture and the Museum of Fine Arts-Houston, Square, Inc. , African American Studies at Princeton, Chair of the Board of Directors of the Holdsworth Center for educational support of public schools.

President Simmons is the recipient of many honors, including a Fulbright Fellowship to France, the 2001 President’s Award from the United Negro College Fund, the 2002 Fulbright Lifetime Achievement Medal, the 2004 Eleanor Roosevelt Val-Kill Medal, the Foreign Policy Association Medal, the Ellis Island Medal of Honor, and the Centennial Medal from Harvard University, appointed to the Women's Progress Commemoration Commission by President Bill Clinton. Other awards include numerous honorary degrees, Brown Faculty’s highest honor - the Susan Colver Rosenberger Medal in 2011; . In 2012, The Chevalier of the French Legion of Honor, the BET Honors Award for Education and the Glamour Woman of the Year Award.

Simmons tendered her retirement/resignation in March 2022 and will serve through May 31, 2023 and will assume a professorial role in June to enhance the leadership of future leaders in higher education. In comparing her experiences as president of Smith College and Brown University, Simmons says that this time is different for her as she led Prairie View A&M through many unexpected and impactful historical moments that were felt across the community, United States, and world. Taking on these issues were also rewarding for Simmons because “you can see the differences in the students, faculty and staff.”

“I did not imagine that I would feel so grateful to be able to lead PV through this series of challenges and that PV would emerge stronger after such a perilous period, gaining in resources and reputation,” said Simmons. “I am therefore grateful.”

In the News Spotlight